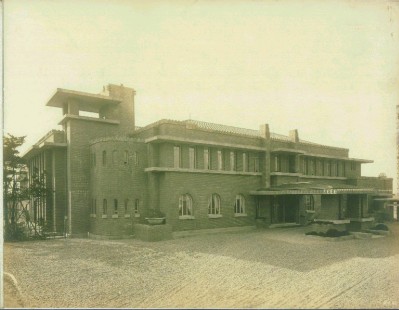 The Japanese government is a constitutional monarchy with a prime minister and it is designed to serve the needs of the people. Like the United States, Japan has an executive branch, legislative and judicial branch. The prime minister is the top leader of Japan and he is elected by members of the legislature rather than the country’s citizens unlike the United States. The legislature in Japan is called the National Diet and it works closely with the Prime Minister on national government affairs. The prime minister appoints his cabinet members and they are known as ministers. These ministers head departments that are called ministries and in Japan cabinet members have to also belong to the National Diet. The prime minister is elected every four years and while Japan has an imperial family, it does not have authority in governmental matters.

Historical Timeline of Japanese Government Prior to World War II

In order to understand how the role of prime minister came to be in Japan after World War II, it is a good idea to give a historic timeline of what the Japanese government was like prior to this time. Between the 1600s and the mid 1800s, the Shogunate rulers were in control and it lacked the necessary power to rule effectively. As a result Japan became a target for the exploitation of Western interests and this was the case in 1853 when the US Navy and Commodore Matthew Perry arrived in Japan. Unfair trade agreements between Japan and the Western world caused this nation to hand over some of its’ economic resources to them. By the 1860s, the emperor Meiji came to power and under his reign modernization began. A new constitution was set up and parliament was established. There was also the arrival of a national military. After World War II, Japan became occupied temporarily by the Allied powers and it was during this time that the authoritative rule of the emperor was diminished. Another constitution was put in place with the Allied powers’ help and as a result Japan received its’ first prime minister.

Life in Japan After Establishment of Prime Minister

By the time the 1950s arrived, Japan and the newly formed democratic government started to recover from the war and experience economic growth that has not been seen in previous centuries. During this time Japan maintained friendly relations with the United States and much of its’ economy was dependent on machinery, steel, carmaking and chemicals. However, by the 1990s Japan endured a recession and the number of births fell drastically in the years following. Now Japan faces a population decline and the current prime minister has considered lifting strict immigration rules to solve the problem.

Throughout history Japan has experienced substantial expansion and modernization but it has also experienced turmoil both from its’ own rulers and from outsiders who exploited them economically and at times through wars and conquests. With the aftermath of World War II, a new Japan emerged and a new government shaped the way Japan  would succeed in later decades.

Written By
writers
More from writers
Japan is a n...
Read More